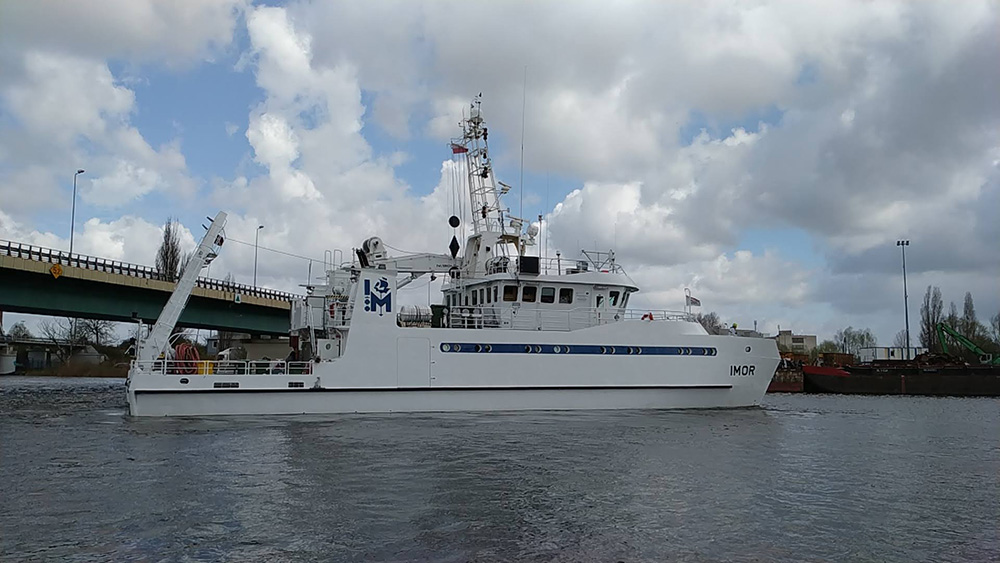 The research vessel IMOR was put into operation in February 2006 and was the first Polish vessel adapted to the research of the coastal zone and shallow floodwaters as a “floating marine laboratory serving the needs of the energy and maritime industries”.

The construction of the ship was co-financed by the European Union from the European Regional Development Fund within the framework of the Sectoral Operational Program Improvement of the Competitiveness of Enterprises (within Sub-Measure 1.4.2 of the SOP-ICE). She started her work with geophysical research in Gdańsk Bay. The first months of surveys confirmed her high efficiency and excellent manoeuvrability.

Currently, the main task of the vessel is to conduct pre-investment surveys in the Baltic Sea, monitor the Polish coastal zone, and carry out work supporting the estimation of sources to be used in artificial beach nourishment. The design of the ship allows for the implementation of various tasks, such as:

This small ship (32.5 meters long, 10.5 meters wide and with a mean draft of approx 2.3 meters) maintains the ability to navigate the seas and oceans safely. She is equipped with a 12-tonne crane and an A-frame with a lifting capacity of 3–6 tonnes. The wide superstructure built over almost the entire length of the hulls (except for the stern) allowed for the design of 16 comfortable rooms on the main deck, including 12 well-equipped cabins, a kitchen, a large mess, a wet laboratory room and a sampling room.

The ship is operated by two five-person crews working in a shift system. This organisation of work of a small crew, allows the ship to work 24 hours a day. It is possible thanks to two features of the ship: complete automation of both engine rooms (AUT I) and its equipment including a DP system which, apart from dynamic positioning of the ship, can automate the steering process.

R/V IMOR is equipped with a modern diesel-electric drive. The ship has 3 alternating current generators that provide electricity for the main propulsion (2 propellers – azimuth thrusters) and auxiliary propulsion (2 jet bow thrusters), as well as all on-board equipment including auxiliary systems, air conditioning, navigation and measurement devices, and also social equipment. 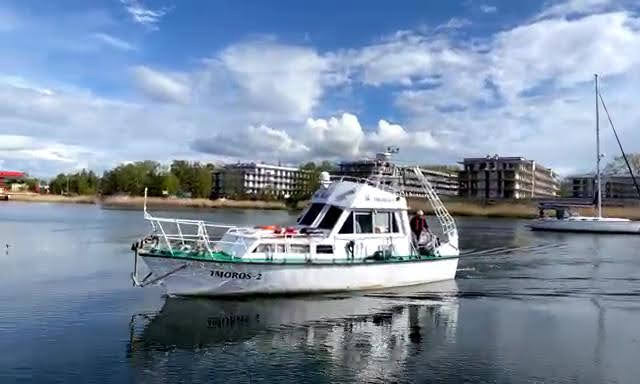 IMOROS 2 is a typical research vessel designed and constructed to conduct hydrographic measurements in internal and open sea waters up to 5 nautical miles from the shore.

It was built in 1983 at the Wisła shipyard in Gdańsk, as one of the many MH-1 vessels serving in the Hydrographic Security Division of the Polish Navy. Its main parameters are:


It remained in the hydrographic service, under the name M-37, until 2008, when the MI in Gdańsk took over and renovated the vessel. The navigation systems and radars have been completely replaced with a modern integrated Raymarine system. The vessel has been adapted to perform geophysical work by equipping it with a mobile A-frame with a lifting capacity of 1 tonne, and measurement work with the use of the SeaBat multibeam echosounder and EdgeTech 4200 towed sonar. It has also been adapted to the collection of scoop and water samples. The cabin has gained modern electronic equipment, an onboard computer with a set of monitors, and the QINSy v8.1 system with all the necessary equipment. Its crew is up to 6 people. The vessel has been prepared to perform independent measurements at sea and in inland waters and rivers. In 2009 and 2010, it was used for, e.g., hydrographic measurements on the Rhine river on the section between Duisburg and Cologne (Germany), the Wisła Przekop river, and the Vistula Lagoon.
Vessel detail : 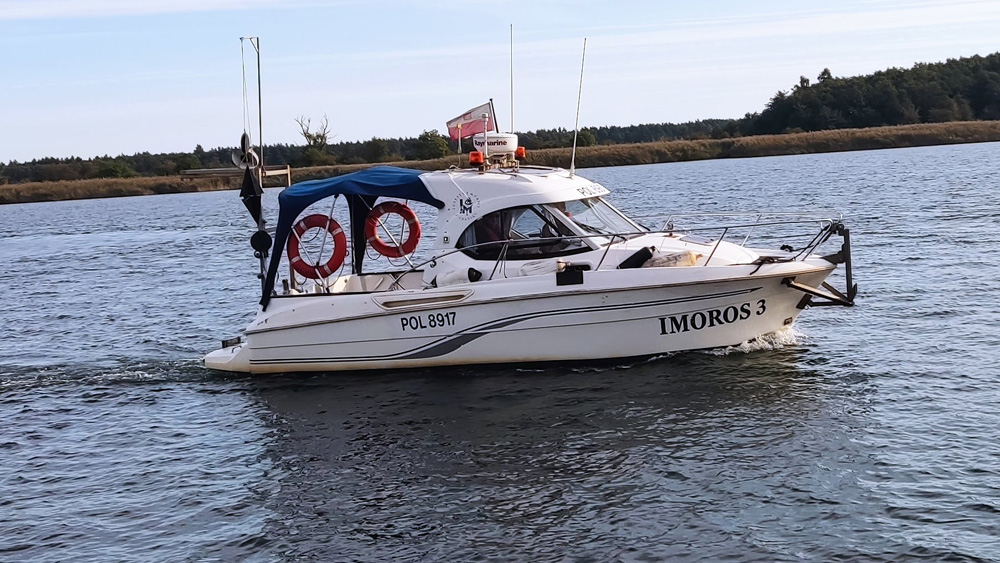 The IMOROS 3 measuring motorboat, which was originally intended for recreation, is currently intended for hydrographic, geophysical, magnetometric and biological measurements at the open sea up to a distance of 20 nautical miles from the shore, and in internal waters, on rivers, canals and lakes.

The navigation systems and radar have been completely replaced with a modern integrated Raymarine system. The vessel has been adapted to perform geophysical work by equipping it with an A-frame with a lifting capacity of 150 kg, and adapting it to work with the use of the SeaBat multibeam echosounder and EdgeTech 4125 towed sonar. It has also been adapted to the collection of scoop and water samples. The cabin has an onboard computer with a set of monitors and modern electronic equipment. The motorboat has been adapted to work with the QINSy v8.1 system with all the necessary equipment and to perform flow measurements using the Rio Grande Acoustic Doppler Current Profiler (ADCP). Its crew is up to 6 people. The maximum speed of the motorboat is 25 knots.

In 2011 and 2012, it was used for hydrographic measurements on the Rhine river, the Bingen – Koblenz – Kaub section (Germany), and on the Wisła Przekop and Stożek Wisły rivers. In 2013, it monitored the shore from Kołobrzeg to Łeba.
Vessel detail: